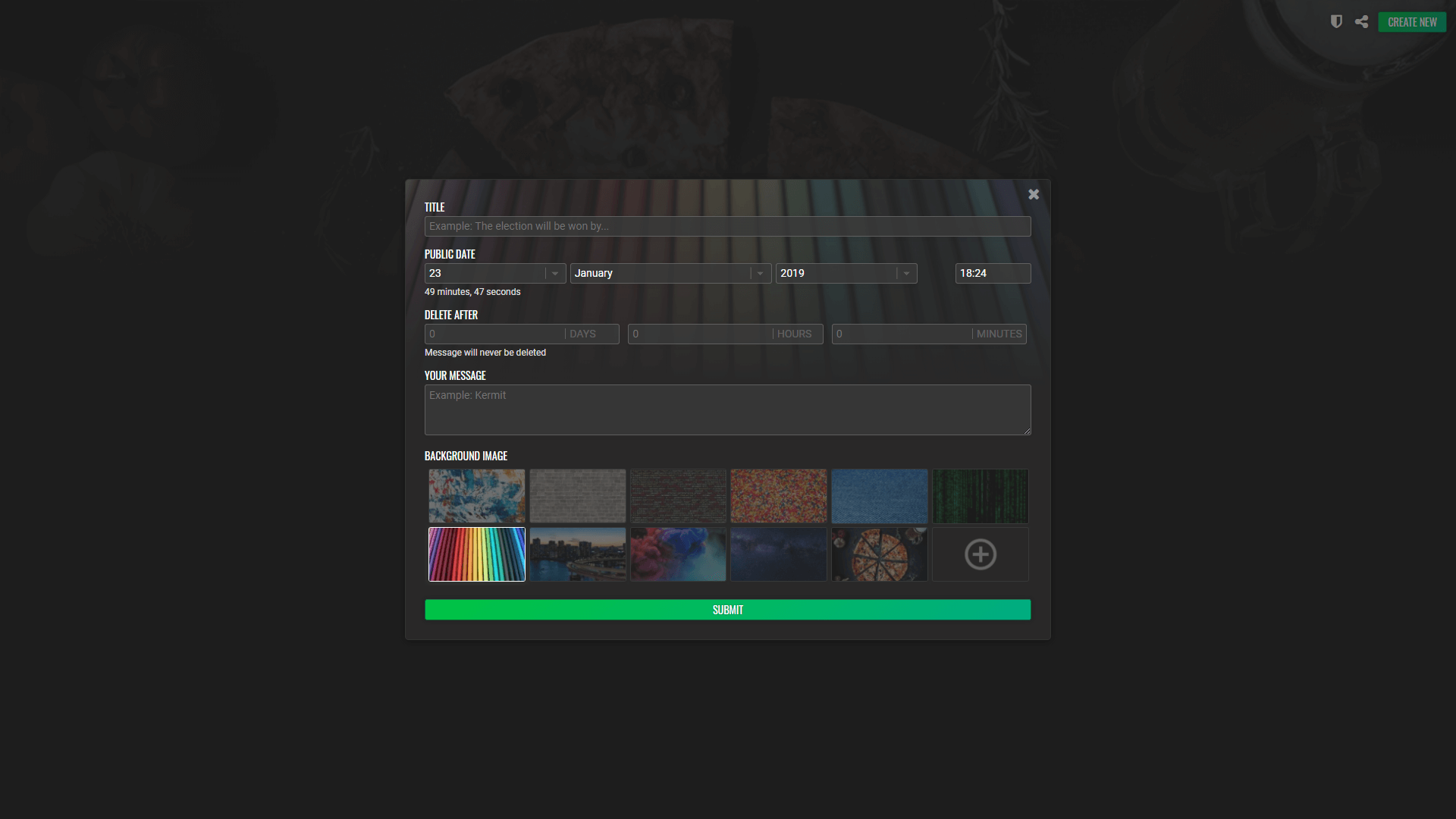 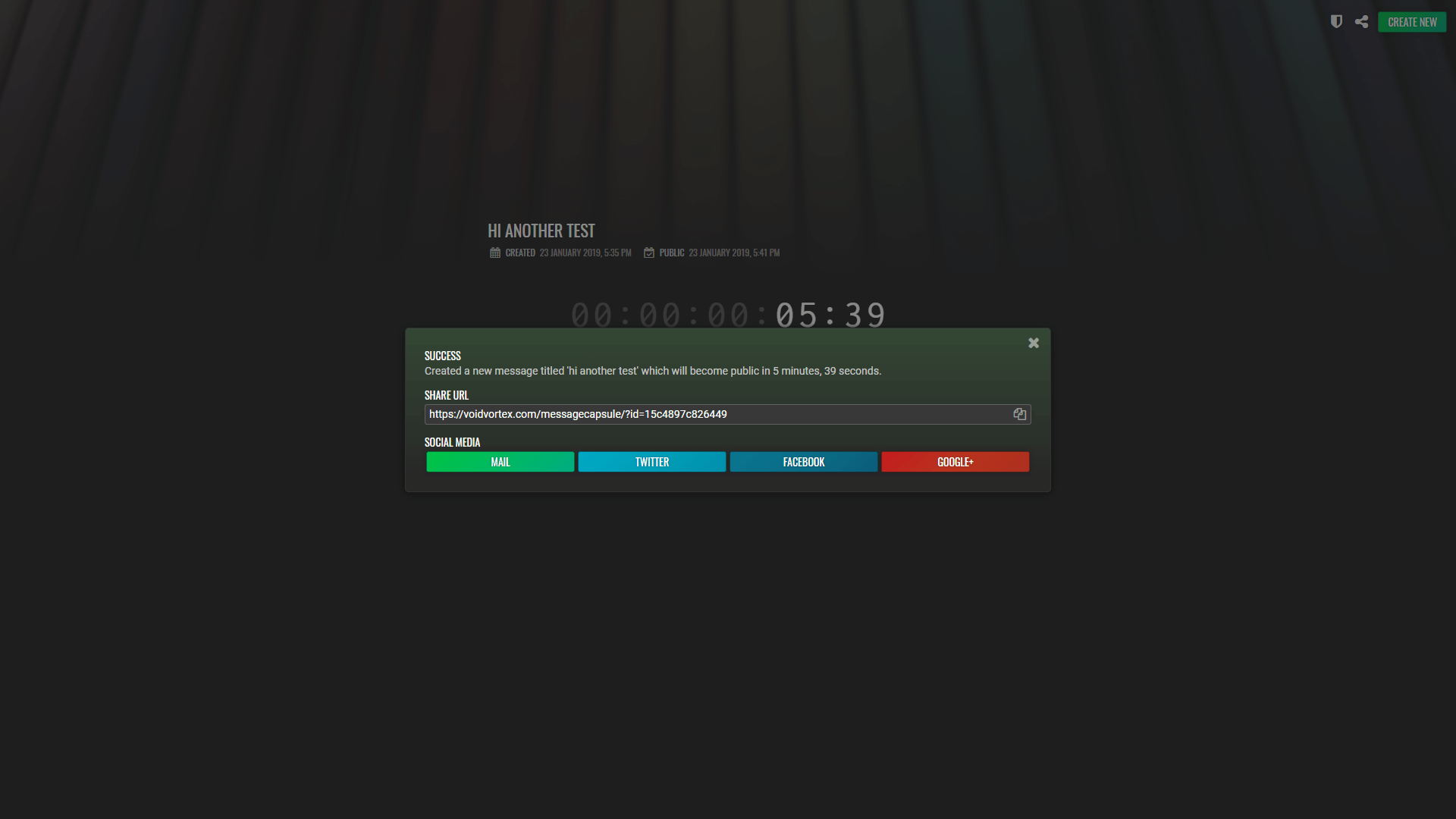 A message capsule has been created successfully. 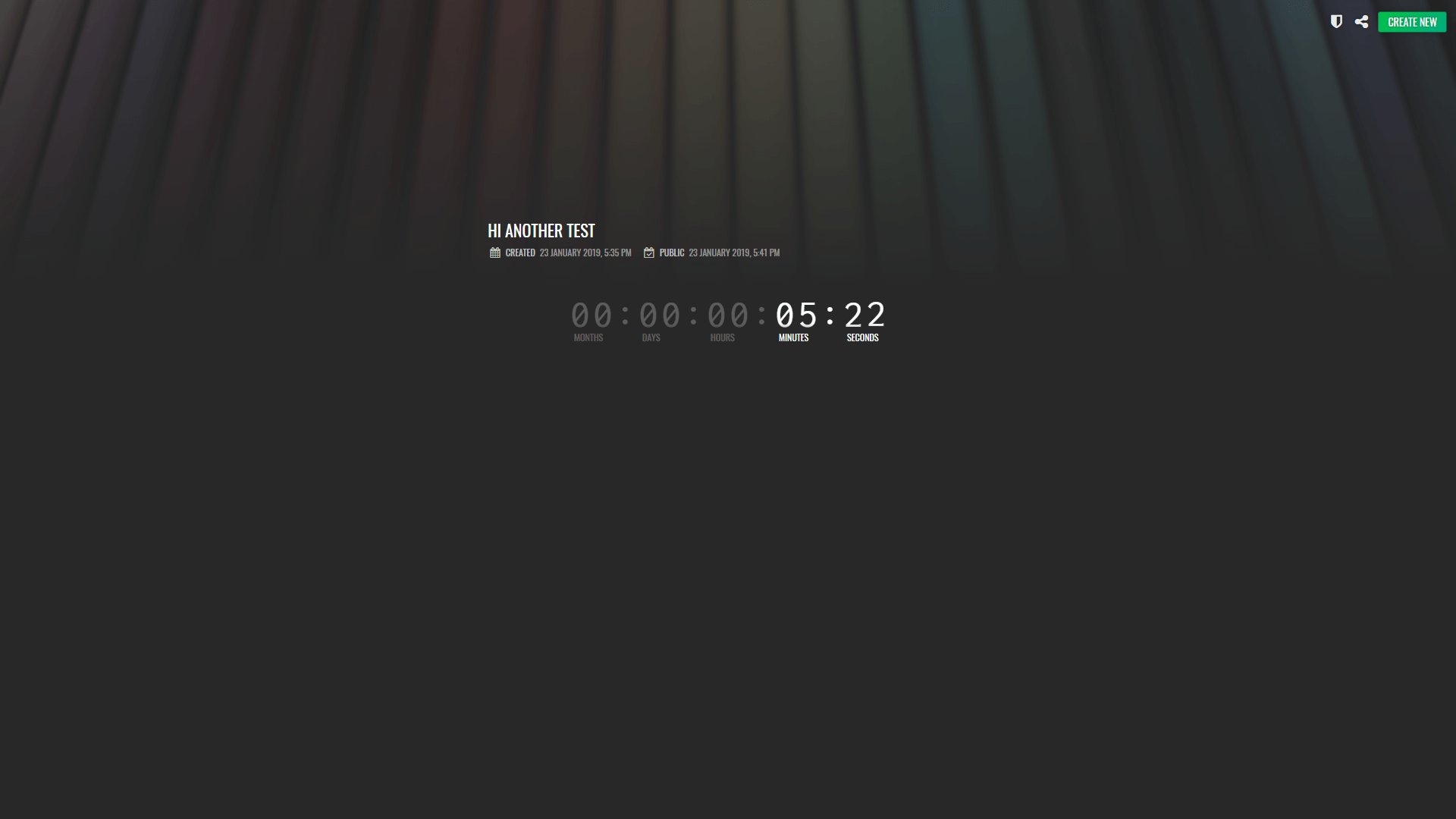 A countdown until the message becomes public. 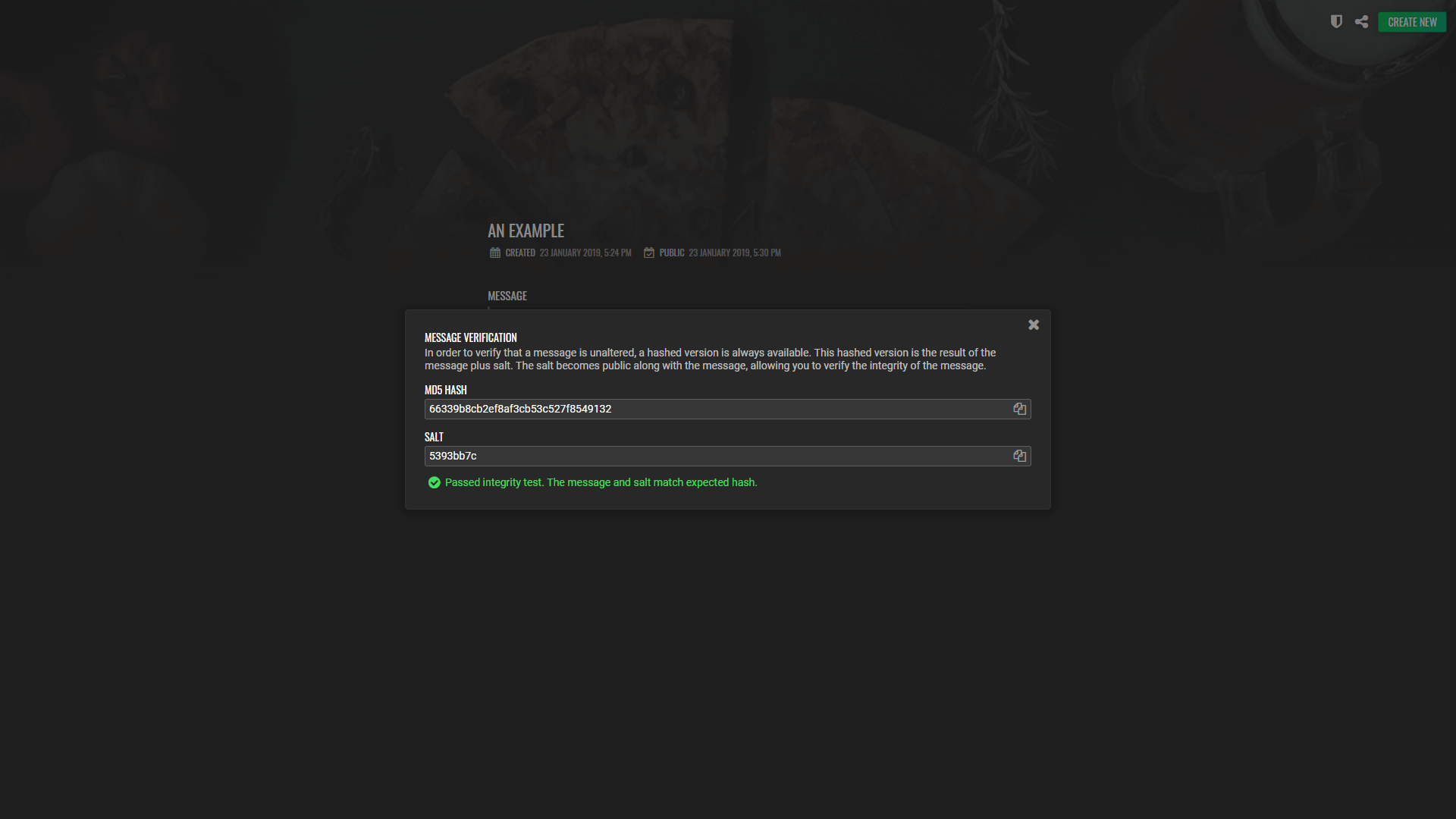 A verified and tested message. 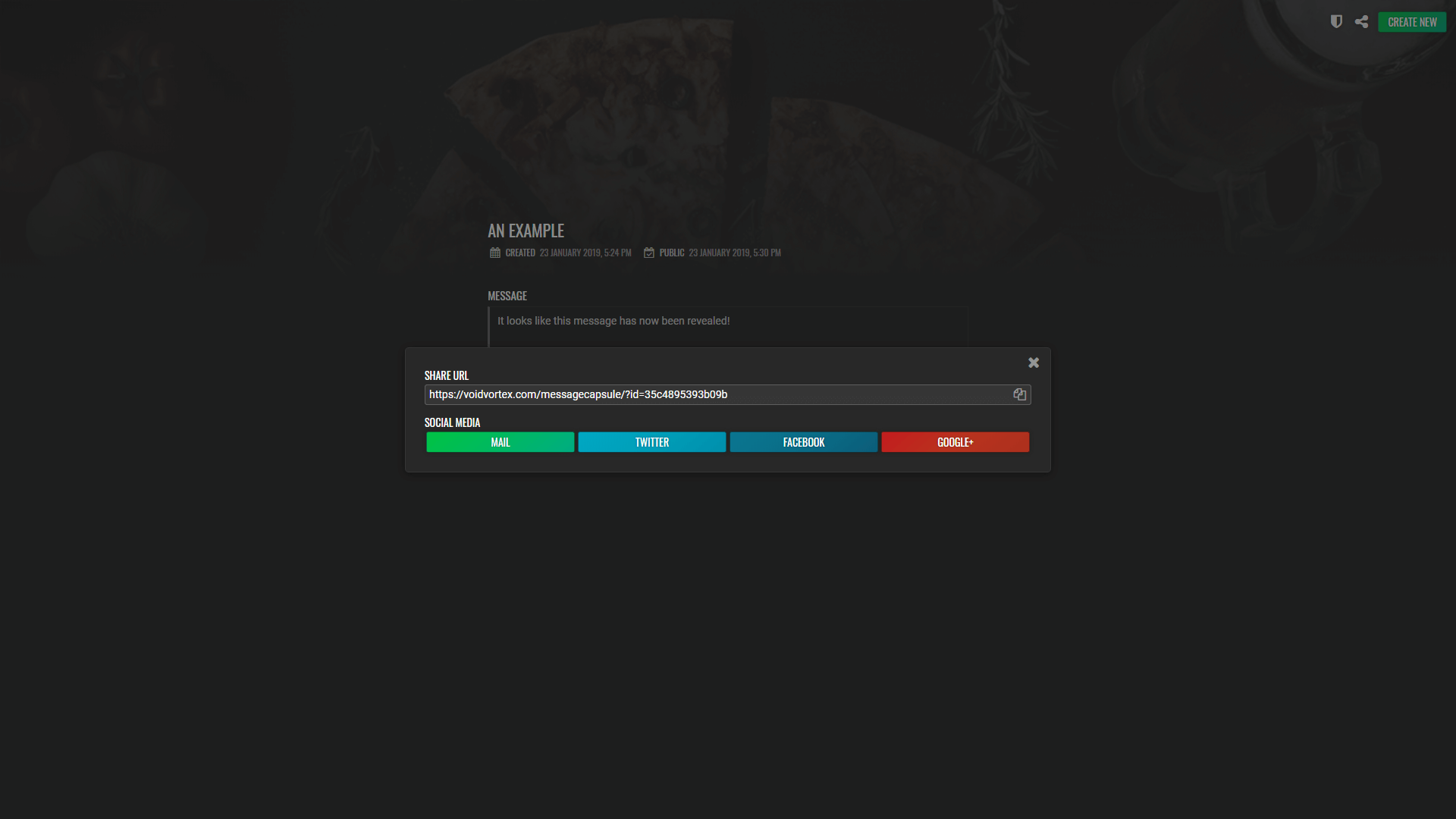 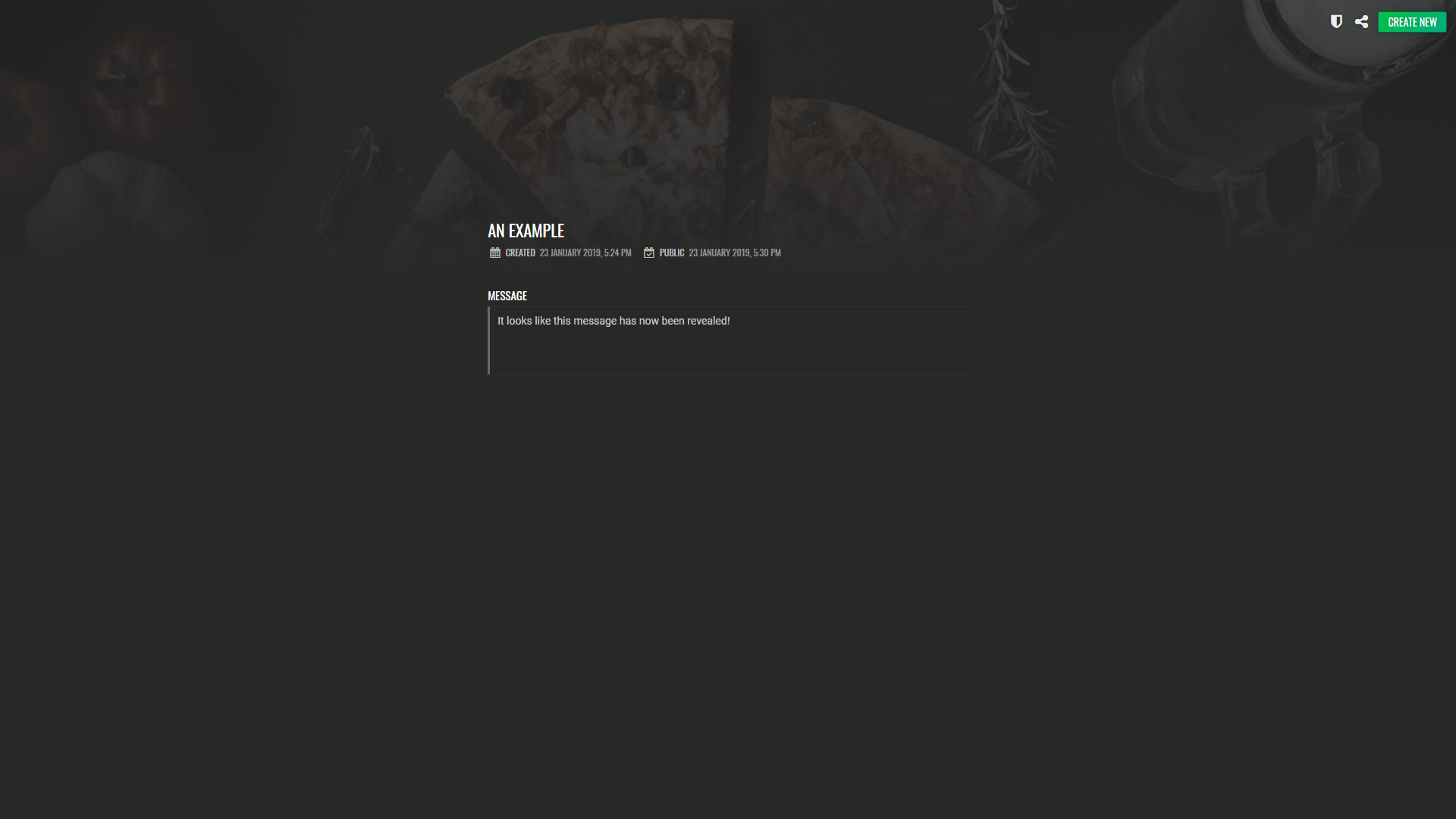 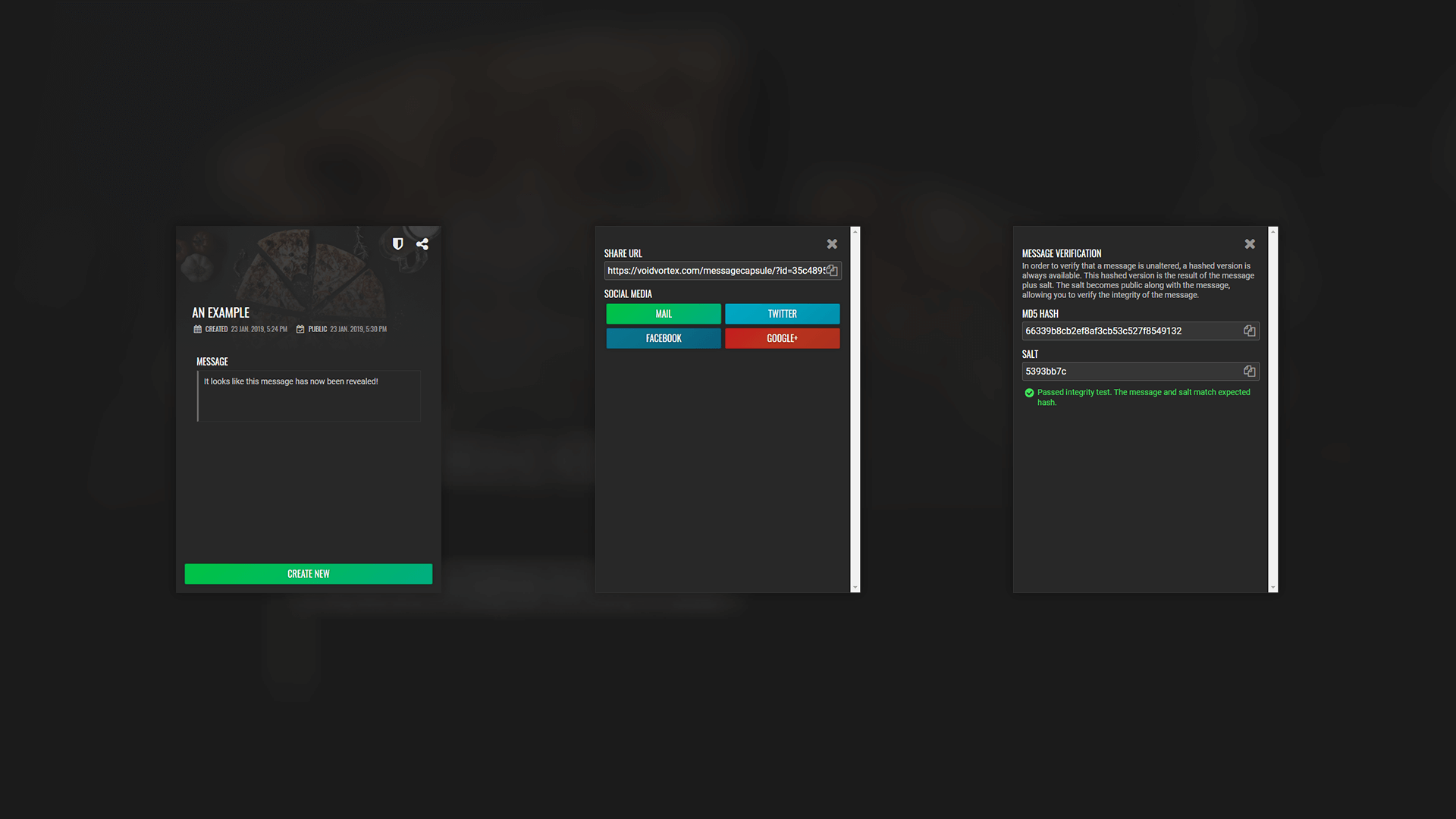 Mobile support is also built in. 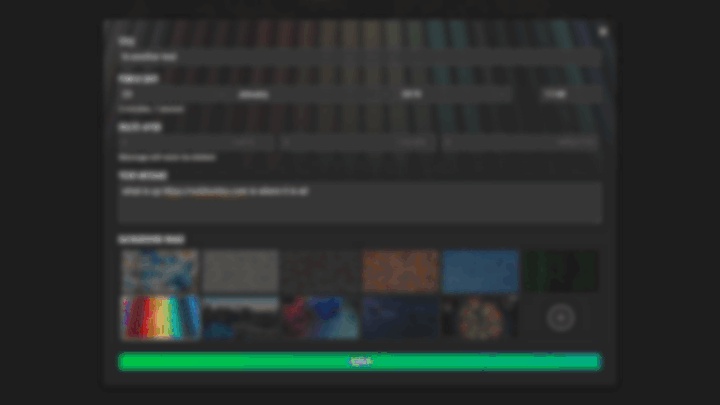 PlatformBrowser
Started ProductionApril 2018
Duration7 months
RolesWeb Developer, UI/UX Designer
Detailed Info
For a while I toyed around with the idea of being able to prove my predictions were in fact correct, but I could never seem to find an easy way to do so without the other person knowing what my prediction was going to be. If they know what my prediction is, they can influence the outcome in their favour. Hence this project was brought into life, to prove me right for once and for all.

Now, this project had to be reliable and trustworthy in order to be taken serious. I had to make sure that I could prove the prediction was not tampered with. The way I ended up doing this was by making a hashed version of the message using the given message together with a salt, as otherwise it would be rather easy to rainbow table the possible predictions somebody may have made ahead of time. You can find this feature back in the integrity checker, which will run automatically as soon as the message and salt become available.

Yes, this was very much a work of passion. I thoroughly enjoyed the project and the many times it has proven me right ever since. Although it has become more than just a way to prove my predictions justice, it now also allows me to share self destructable messages which will only be visible between a given timeframe. If somebody really cares about the content of the capsule, will they bother waking up at 3 AM to see a message that will destruct itself after 5 minutes? That's something you'll have to find out for yourself.
Earlier Versions
Perhaps you're interested in seeing some earlier iterations of this project, which I commend you for. You can find earlier iterations here.
Video Demonstration 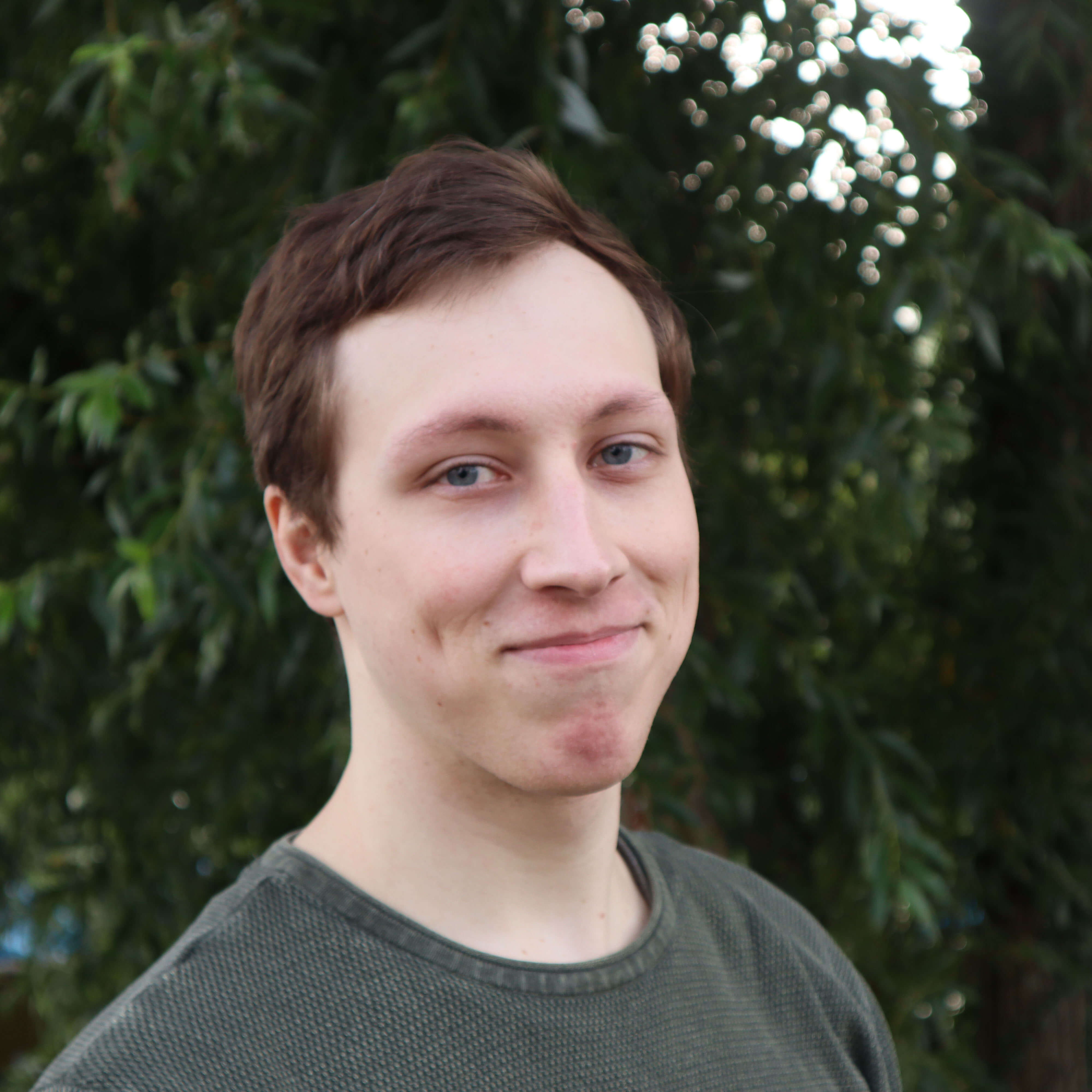 About me
I'm Tristan, a Dutch-British X-year-old living in the Netherlands. My early hobby managing gaming servers and communities sparked my passion for creating games, sites, and other types of digital content. I then went on to earn a BSc in Creative Media and Game Technologies at Breda University. I have been working at Spectral as a front-end developer since 2019.
© Design and creation by myself. Special thanks to Merlijn van der Kamp.